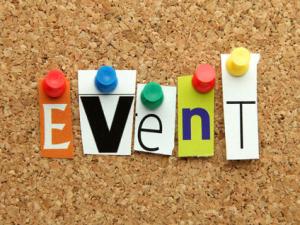 2016 is the year of the second Tour of Yorkshire in April with a stage start in Otley, the  Queen’s 90th Birthday Celebrations in June,  the Rio Olympics in August.  At the moment we are planning the following events, but may add to them during the year, including a regular monthly working party.

Clean for the Queen – Winter Working Party – 5th March, 10am – 12noon
Clean for The Queen is a campaign to clear up Britain in time for Her Majesty the Queen’s 90th birthday, which will be officially celebrated in June 2016.When she came to the throne litter was not the problem that it is today. Food packaging, plastic bottles, takeaway meals and cigarette butts have all contributed to a growing menace that affects our wildlife, streets, countryside and sense of pride. What better way could we show our gratitude to Her Majesty than to clean up our country?Clean for The Queen weekend on March  4th, 5th and 6th 2016.

Children’s Gala – 4th September
Theme to be decided,  if you’d like to make a suggestion let us know

Heritage Open Day, Walk Through Time – 11th September
Once again we’ll take you on a walk around the Park to tell you about the hidden history uncovered during our HLF All Our Stories Project.

Lantern Parade – 18th December
We are planning to have a lantern making workshop in the Autumn half term,  more news later in the year.

Director and Vice Chair of Friends of Parkinson's Park CIC, Chair of Aireborough Neighbourhood Forum and Facilitator of Inskip One-Name Study. Has a degree in Local History (University of Cambridge), and Economics (University of Leeds). Now retired after a career as a Business Analyst and Advisor.
View all posts by Jennifer Inskip Kirkby →
This entry was posted in Events, Regeneration. Bookmark the permalink.
Loading Comments...