We were so, so lucky with the Lantern Parade in 2015 – it had been raining for weeks before, and it rained the day after, culminating in the devastating Boxing Day Floods.  But on the day of the Parade it was fine and the sky was clear.  We must say our thank you for that.

This year we made more of the drumming party, which spanned the generations from 6 to 70.  Everyone had volunteered and were ably led by Community Musician John Franklin King, although I think you would happily say we did miss a beat or two !!

As usually everyone brought an eclectic mix of ‘lanterns’,  and we asked Handmade Parades to provide our lead Moon and Star lanterns to light the way down to the Cross. They run a number of parades, but were impressed by the community atmosphere in Guiseley.

The local churches (St Oswalds, Methodists and Baptists) provided a lot of support for the Parade with marshalls, and children’s lantern making, as well as the opening, reading and blessing on the event; and we thank them for that support as they all had to run off and do their Christmas Carol Concerts that evening.  The traditions of Christmas have many roots from pre- Roman to the Victorian; the idea is to bring them altogether – all except the Puritan politically correct ban on Christmas in the seventeenth century. 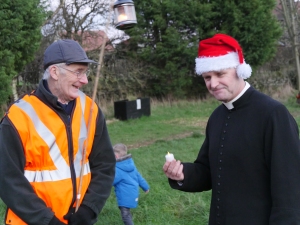 The event would never be the same without Guiseley Brass Band, and our appreciation goes to them, as usual. 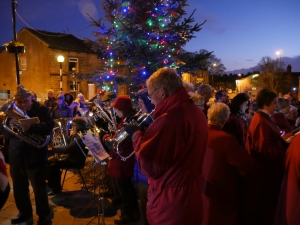 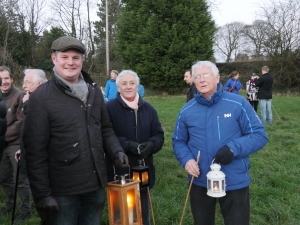 To the many local children 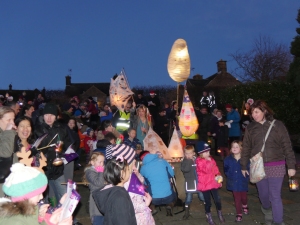 We even like to light up the Remembrance Crosses to bring those of our number who have gone,  back into the community events. 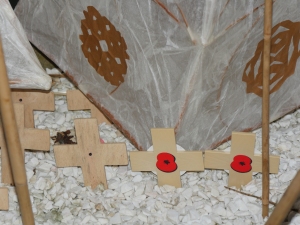 And, of course we have our pies and mulled drink to just add a bit more festivity to the event. 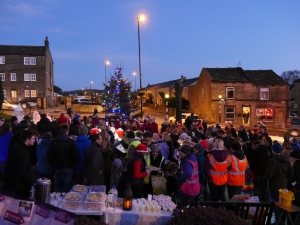 Thank you for coming and making the evening so special, those who did.  And we look forward to seeing you in 2016 on 18th December.

To top it all off the Wharfedale Observer did a lovely spread of photos of the event, taken by Darren Sanderson Photography, who is capturing the Essence of Aireborough in his current work.http://www.wharfedaleobserver.co.uk/news/14161370.Lantern_parade_brings_Christmas_magic_to_Guiseley/?ref=mr&lp=18