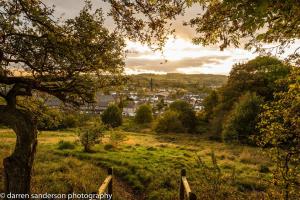 We are very pleased to announce that on 4th March 2016, the Friends of Parkionson’s Park were registered as a Community Interest Company and incorporated under the Companies Act 2006 (Registration Number 10044868) .  A community interest company is a social enterprise and exists to carry out activities that benefit a local community; in our case the district of Aireborough.  It has to be approved and registered in its purpose with the Community Interest Company Regulator, to whom we have to report annually.

The registered ‘community interest statement’  of the Friends of Parkinson’s Park CIC is :-

“To ensure a well maintained public landscape park, that promotes and conserves it’s social, cultural and environmental heritage.  To enhance the quality of life and promote the health and well-being of the community of Aireborough and advance their educaton in respect of history, culture, geology and ecology”

Who owns and maintains the Park?

The Park is part of the ‘communal land’ within the development of Edison Fields, Netherfield Road, Guiseley (ex Crompton Parkinson land).   All communal land on the estate is owned by the Developer Bellway, and maintained by a company called Meadfleet.   The residents of the estate pay an annual fee to Meadfleet for the upkeep of all the ‘communal land’.  It was agreed between Bellway and Leeds City Council as part of the planning permission that the area of Parkinson’s Park itself, which is only part of the communal land, would receive low level maintenance (eg rough grass cutting twice a year, cutting of grass paths for 6 months of the year, and litter picks before cuts). (For residents of Edison Fields the details of scheduled services by Meadfleet are in the property transfer documents signed at the time of sale.)

What is the purpose of FOPP?

The Friends of Parkinson’s Park CIC therefore exist to develop the ecology and features of the Park, eg better paths,  use it for community events,  eg the Lantern Parade and the Children’s Gala, and develop an understanding of its cultural history and significant geology as part of the glacial landscape of the Guiseley Gap.  This is in a similar way to the Friends of Chevin Forest Park, or the Friends of Roundhay Park who work with LCC doing a similar role.

The Friends were set up in October 2011 by a group of local residents who were concerned about the deteriorating state of the Park and increasing anti-social behaviour that encouraged.  Since then they have worked with Bellway and other local residents to improve conditions, find out about the history, and geology with a Heritage Lottery Fund Grant, and run an Annual Children’s Gala, Lanten Parade, and Heritage Open Day Walk.

What is a CIC and what are the benefits?

To do this better a Community Interest Company is a legal entity, which is better able to raise funds in a variety of ways, including trading,   assets are ‘locked in’ for the benefit of the local Community, and the Company Directors and Members have ‘limited liability’.  A CIC does not get any tax benefits, but this may change in the future.

As a social enterprise, a CIC sits in the same category or organization as a co-operative or mutual.  They were first introduced in 20o5, and have proved increasingly popular as public provision of services has reduced to basic levels or even ceased, and the number of social ‘entrepreneurs’ have increased. Many CIC’s are nurseries, youth services, community groups, cafes, renewable energy, health and leisure organizations, and the trading arms of charities.

The Friends would like to thank Voluntary Action Leeds  particularly Ms Kathy Faulks, for their help and support in the process of becoming a CIC.   Mr Andrew Price, Partner at Milners Solicitors, Leeds who has offered his services to the Friends pro-bono.  Finally, from Leeds City Council,  Mr Sean Flesher, Chief Officer from Parks & Countryside, for his advice, and Cllr Graham Latty for his support.

Director and Vice Chair of Friends of Parkinson's Park CIC, Chair of Aireborough Neighbourhood Forum and Facilitator of Inskip One-Name Study. Has a degree in Local History (University of Cambridge), and Economics (University of Leeds). Now retired after a career as a Business Analyst and Advisor.
View all posts by Jennifer Inskip Kirkby →
This entry was posted in Friends. Bookmark the permalink.
%d bloggers like this: